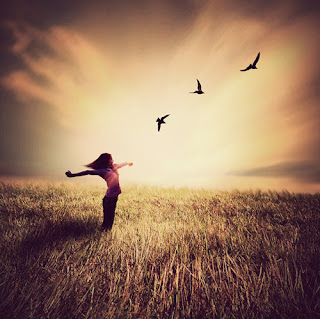 Image from HERE
Today Peter is taking over my blog as part of the blog swap series that I have been doing. Peter is the creator of the Daily Waffle, he also writes for The Faithful and even has his own blog too.
Over to Peter...
Dealing with Depression
I’ve been toying with writing a piece about depression for a while, so when Sarah offered up the chance to do a blog swap I thought it would be ideal. I’ve been dealing with depression for more than half of my life. I’m not talking about ‘having a bad day at work’ type depression or ‘United just got beat by City’ type depression, I’m talking about clinical depression. Clinical depression can be caused by a number of things, but the feeling of clinical depression is nothing like the feeling of ‘being depressed’. But more on that topic later.
I have personally suffered with depression since 2008 but my mum has suffered with it for nearly 20 years. My depression was not caused by one thing, but a number of little things that grew inside me until I began to start having anxiety attacks and eventually panic attacks. These were brought on from anything like a tough day at work, to not having any milk when I’ve already brewed. My point is they could be triggered by absolutely anything. It took me six months to get a grip on my anxiety attacks by using a number of techniques taught to me by a counsellor from a support group. During this time I managed to get married and enjoy the birth of my daughter. If I wouldn’t have had the support I would not have been able to manage either of these things. Since then I have been coping with it one day at a time. Making huge leaps forward and at times taking massive steps back. My wife and my daughter are all the inspiration I need to seek help and get myself to a better place.
Back to the feeling of clinical depression. Speaking from my own experience, depression feels like having a dark, empty feeling in the middle of your chest where your heart is. It’s like the feeling you get when you are grieving a loved one passing away or breaking up with a long time partner. The difference is that you often don’t have a specific reason for feeling that way, which in turn causes your mind to think irrationally as you try to determine a cause. Everything seems like a gloomy, rainy Sunday, even when it’s a nice day. When I’m suffering from a particularly difficult bout of depression, I tend to blame myself for everything that’s going on around me. Suddenly I’m a terrible father and husband, my wife would be better off without me. It’s at times like these that it can be hardest for the people around me to deal with it because they cannot understand how you feel (how could they?).
One of the most difficult things to deal with is people’s reaction to you when you tell them you have depression. Like most invisible illnesses, people struggle to grasp what you are going through. Some even deny that it’s an issue at all; they think ‘I’ve been depressed before, you just need to get out more’. Trust me, it’s nothing to do with going out or staying in. I’ve tended not to tell many of my friends or relatives until recently that I have this illness, most because I didn’t want people to look at me differently. I guess I’m writing this piece partly to try and give others an insight into what people like me are going through, and partly to get a lot of things off my chest.
I’ve been lucky that my wife has been extremely supportive ever since day one. She was about five months pregnant with our daughter, and planning our wedding, when I initially went through it. She has been a rock for me and has learned a lot about how to cope with my irrational thought process. At times, it’s hard for her, and it’s those times that I try to make an extra effort in letting her know how much I appreciate her patience with me.
If you know someone who is dealing with depression, or even someone who is dealing with someone who is dealing with depression, here are some good sources of information:
http://www.depressionalliance.org/
http://www.mind.org.uk/
http://www.rcpsych.ac.uk/mentalhealthinformation.aspx
http://www.mentalhealth.org.uk/
Finally I’d like to thank Sarah for giving me the opportunity to write a piece for her blog, and I’d like to thank you, the reader, for taking the time to read this. Hopefully it will help by giving you a greater understanding of depression.
Peter
A big thank you to Peter for sharing such a poignant article. Regular readers will know that I too have battled with depression and there are still days when I feel a bit down and I'm glad I've now got the support around me to get through those days.

My blog for Peter's blog is here.
If you're interested in doing a blog swap see here for more details :-)