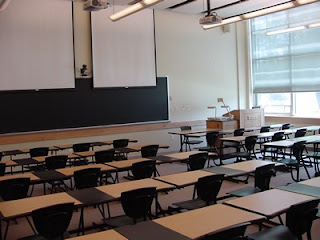 Image from HERE
A few months ago I was asked if I would like to become a tutor. At first I was a bit like "Nah, that's not for me" but after a few successful mentor programmes I wondered if this could be a new step for me. I received lots of information and within days I was on a training course.
A few weeks later I was in a classroom with my own mentor helping me through the first few classes, as with all new things I was extremely nervous and of course I was excited about this new challenge. The major difference I found was that when I had been mentoring people they had actually wanted to learn whereas some (a minority) sign up to classes without really wanting to learn. I found this frustrating and a bigger challenge than dealing with a mixture of ages (my recent class there is an age range from 18-58) and that sometimes I found myself rambling on. Who would have thought I rambled huh?
Before Christmas I started to be left on my own with a class and again I felt daunted and unsure of how my class would be. Taking time off because of my knee op made me re-think my strategy of how to deal with these feelings of doubt. I started writing down all my doubts and once I'd written them down they seemed so small and pathetic that I was really excited to get back into the classroom. This week I went back in and my doubts came rushing back when I received a text from work saying "Your new class has a group of challenging teens enjoy!". Urgh. All that positive thinking shattered.
I won't deny that the class were a bit of a challenge, one of them walked out before lunchtime on my first day back. I did get him back though and then found out it was nothing to do with the class as to why he had walked out. But I was pleased I got him back.
It's definitely proving to be the challenge I thought it would be but years ago I'd have already given up. Not now, my confidence is higher and yes there will be some tough days and feelings of doubt but this girl isn't giving up!