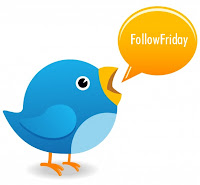 For those who don't use twitter, Follow Friday (or #FF) is a way of recommending which other tweeters you should follow. Now I've tried many approaches of #FF's and now I rarely do them, and this isn't because I don't like recommending people but because it seems to have become a bit of a farce.
I actually have been known in recent weeks to avoid twitter on a friday as my twitter feed becomes a long deluge of names that I should follow, how many of you actually click on those people and start following? Nowadays for me it's a very small percentage, mainly because it's the same people recommended every single week. Where are all those new tweeters? I do want to follow you!
I used to (back in the early days of my twitter account) spam my timeline with #FF tweets so I sound like such a hypocrite to be moaning about those that do now but after a few weeks I got bored and then the list got too much. I then realised why would anyone follow a list of names, unless of course you want followers. Ah that trick, if I follow all these names they will all follow me back. Urgh. Bored already. So I created lists and they worked for a while and funnily enough people then started asking me to #FF them... No I won't do that.
In the last few months I've actually stopped doing #FF's every week for a number of reasons, mainly time constraints but also because if I find a good person that I think people should follow I don't always choose to tweet about it on a Friday.
I do get #FF's (which will probably stop now after writing this) and I take the time to thank everyone who sends me a #FF, I've seen lots that don't. That's so rude in my opinion. From tomorrow I will be adding a filter to stop #FF's in my timeline, it will be interesting to see what else goes on. Fridays seem so manic on twitter and it's a day that should bring happiness - it's the start of the weekend!
So my filter will start tomorrow, I'll let you know how it goes.
I will still see any #FF's that come to me and I am deeply thankful that anyone would want to recommend me let alone follow my rambles.
Prepares for lots of comments about how bitchy I am... *pours vodka in preparation*

Som! We miss you!

My #FF free Friday was perfect, I got to have proper chats and it was heaven!