The Good
Spurs boy surprising me with tickets to see Arsenal v Manchester United, although it's his birthday weekend! Was fantastic especially as United won 3-1 and I do like to be proved wrong as for months I have been absolutely shouting and hurling general abuse in the direction of Nani and now it seems he's turned a corner. Fantastic! Also Rooney scored his 100th premiership goal and I screamed when he scored so much that I lost my voice. A great week for my boys at United :-))
Watched Bride Wars the other day and was pleasantly surprised to see Bryan Greenburg was in it :-)

I won a fantastic bag from Funky Diva Designs this week and will be featuring more of the bags in my 'Sarah Loves...' post this week
Did everyone watch Celebrity Big Brother? To be honest I didn't really watch a lot but I had to watch it when Davina went in, how excited was she? Haha bless her although they were pretty mean to her. I thought her little chick noises were so cute!
My first Tesco online food order arrived, not quite on time but enough to make me worry that I hadn't ordered it!
Not sure why I have only just realised but I bought Rock Band for the iPhone which is my new favourite game to play! Beatles Rock Band for the Wii also going well, now on medium.
I now have got my top score up to 254 on Airline Conquerer USA, still not as high as before the updates. But ho hum!
Had my first proper wage for a while and it felt oh so good! Haven't had time to do any shopping yet but I will be :-). Obviously have bought presents for Spurs boy's birthday all sorted and gotta stay quiet about what he's got (his birthday is February 1st). Also having money again meant I could treat Spurs boy to a meal out and he hates surprises and to be honest I did wind him up about it, but it's nice to have a bit of power every now and again right?
The Bad
I want an iPad but would like them to change the name so that it doesn't sound like a make of sanitary towels. Mega fail! :-((
Not bad for me but a certain Chelsea and England defender John Terry  has taken over the headlines over the weekend. Naughty boy it seems and what a great big hot mess he seems to be in! (This would probably be in the ugly section but it didn't happen to me so felt it was just the bad)
The Ugly
I went to the Spurs match at White Hart Lane against Fulham with Spurs boy (this is not the ugly part) but on the way to the stadium my iPhone died, I had at least half a battery left! Then I had to call Spurs boy from a public telephone (haven't used one in ages - lol) so I knew where to meet him. I felt lost without my phone and if I'm honest I felt a bit vulnerable to be in London without a working phone!
Good thing is I now have a brand new replacement iPhone and it's all shiny and new. Remember to back up your iPhone peeps, I always try to every couple of days but will start to try to get into a better routine.
Saturday was a terrible day - we had a phonecall to say that Spurs boy's Mum had a car accident, nothing serious but at the time we were both concerned until we had seen her. Then when we came back home we were in the middle of a powercut and our washing machine was stopped mid cycle and has now broken :-( Spurs boy has said he should be able to fix it though :-)

I was tagged by Typecast and it was originally started by Rosie Scribble.
The rules are
1.  Name a song that makes you happy - a song you would listen to if you needed a sudden injection of happiness
2.  Post an image that makes you smile.  It can be anything - a silly photo, an image taken from the internet, anything at all that puts a smile on your face (and isn't too rude!).

My song would have to be Michael Buble's "Everything" as whenever I hear it I'm smiling and singing along!

The picture has to be cup cakes! 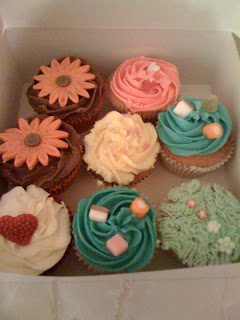 I'm always happiest also with a box of yummy cakes, iced and decorated and all scrummy and gorgeous! Nom nom! Also today is Chocolate Cake Day!
So with Michael Buble and cakes I'm a happy girl.
Next I have to tag 5 people
Jools from My Blog and I
Carina from Miss Carina
Rachel from Polka Dot Stripes
Sidrah from Going Solo
Sarah from Kookylicious
Looking forward to see what they pick :-)

I think Spurs boy is under no illusion that I love Vanilla. The flat is now full of candles, pot pourri, incense, bath products and I'm not sure he's noticed how much Vanilla ice cream I bought yesterday!

So here are my favourite Vanilla things

Lush Vanilla in the Mist Soap 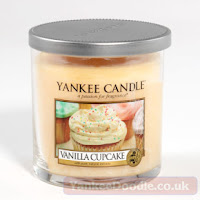 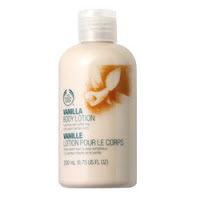 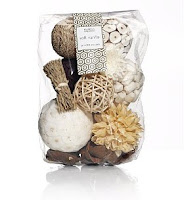 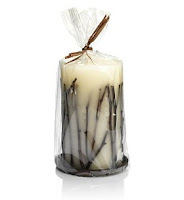 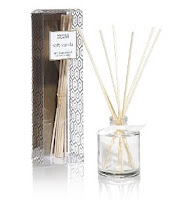 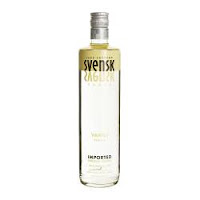 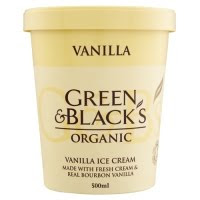 I had a look around etsy for a friend's present and I came across something vanilla on there too. I love it and they sell so many items similar, perfect! Can't eat them though - althought they look good enough to eat! 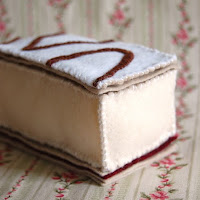 I guess I could eat all the ice cream before Spurs boy finds them :-) 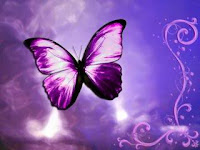 The Good
I throughly enjoyed my first Jukari session, and I hope to go again in February :-)
I love Glee! Definite new TV obsession
Absolutely love the Pussycat London collection at New Look that I blogged already about here
Spurs boy bought us a breadmaker, I had mentioned on twitter about wanting one and I seemed to get very mixed views on whether getting one was a good idea. But Spurs boy likes gadgets and so he bought one. I love it! I made banana bread today and it really helped with getting rid of my hangover :-) I have been asked to make chocolate banana bread, anyone tried it?
I completed my first Tesco online food shop and it will arrive this week :-)
Driving is no longer a scary thing, I have now driven on the M25 in rush hour. I think I can now say driving fear over! :-)
Went to an engagement party of people Spurs boy and I used to work with and they asked me to be Chief Bridesmaid and Spurs boy to be Best Man. We both feel very honoured and I am incredibly excited. I won tickets to The National Wedding Show this week from This Little Lady Went To London and these will be put to good use now.
Good news on the football front that Owen Hargreaves should be back playing again really soon, Oh how we have missed you! It was his birthday this week too Happy Birthday Owen!
I don't know if I've ever mentioned this before but I love this idea of pubs having board games available to play. Spurs boy and I went to the pub for food today and we ended up staying and playing scrabble with our friends. I love it and we plan to do it again soon!
The Bad
I still haven't got used to it being 2010, I keep writing 2009!
Both myself and Spurs boy had football sulks regarding our teams and even though we had them we seemed to cope really well with them. I think the main rule is to avoid the one having the football sulk until it's over!
After finding my filofax I need to get a bigger one, I have too much to write down and can't get my handwriting much smaller! Not really a bad thing as I need to do some shopping :-)
My next weekend free is March 13th! Busy times but again this isn't necessarily bad as I guess it keeps me out of trouble!
The Ugly
I dropped my iPhone this week and for a scary 30 minutes or so I couldn't get it to work. I am now pleased to say that it does now work, I think it just wanted to make me feel guilty for dropping it! And I did :-(

When making yourself feel at home, it's important to buy a few things to make it feel so. Well that's what I've done! This won't be the last of the shopping I'm sure, I still have a WANTED list! Also we have got to work out where the football stuff that we both have will end up going... 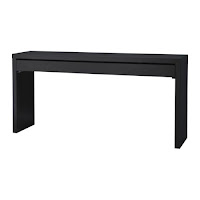 Come In Go Away Doormat from Nigel's Eco Store

We also did buy a breadmaker and this has definitely provided more instruction manual reading (well for me anyway). This is on my wanted list but it's pretty pricey - 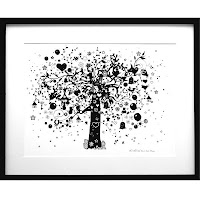 The Old Oak's Last Dream by Missemai from Bodie and Fou

Every year there always seems to be a lot of films to look forward to at the cinema and this year is no different. I have already seen Up in the Air and thought I'd go through the other films that I'm looking forward to.

Here's my Top Ten that I'm looking forward to

Jeff Bridges plays a country music singer who is down on his luck and he is helped by a journalist who finds out about the man behind the musician in Crazy Heart. Colin Farrell (swoon!) is in it too

Tim Burton's Alice in Wonderland with Johnny Depp, Helena Bonham Carter and Anne Hathaway. This website is enough to get me excited about it!

Sex and the City 2 is out this year, and now we're 4 months into the future from where the first film ended. The usual cast, fashion and drama!

I loved the film Vanilla Sky and this sees Tom Cruise and Cameron Diaz team up again in this action comedy film Knight and Day.

Toy Story 3. The toys are back in town.

Already featured here on my blog is The A-Team Film.

Getting to the end of the Harry Potter series comes the first installment of the Deathly Harrows book (Excited? Very!) 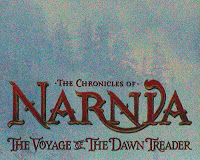 I've seen on a few blogs that I read people have done shopping blogs and Rachel really likes to do these on her blog. They basically blog about if they could buy the featured items then they would! This one is hardly a extreme budget fantasy shop as I just need one dress and none of the selection are over £30 but I'd like them all :-)

I have a party to go to on Saturday and I'm in need of a new outfit and found a great selection at New Look in their boutique collection Pussycat London. 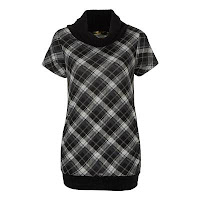 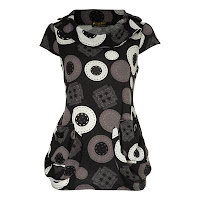 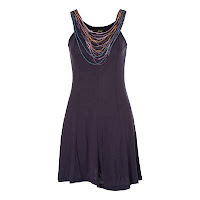 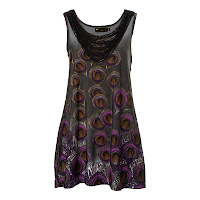 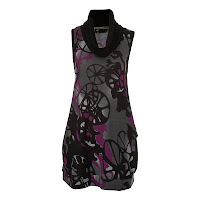 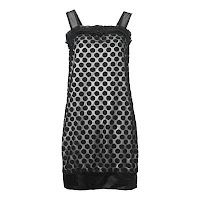 
Which one would you pick?

Pictures and dresses from New Look 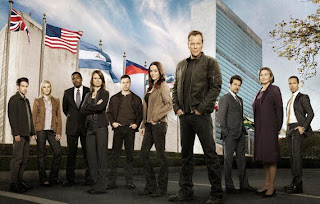 Day 8 starts 8 months after Season 7, it begins and ends at 4:00 PM. Day 8 unfolds in New York City amidst the shadows of the Statue of Liberty and the United Nations where CTU has been upgraded. Jack Bauer is simply a man who wants to move on with his life and be with his daughter and granddaughter, but plans come to a halt when, once again, America needs his help. Don't they always?

I'm still hoping they do the 24 film and the rumours were that it would be set in London. How cool! Oh and Kiefer Sutherland is hot! (and Elisha Cuthbert is one for the lads).

My fave dresses from The Golden Globes 2010

My picks of the dresses on the red carpet last night were: 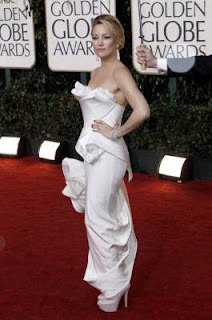 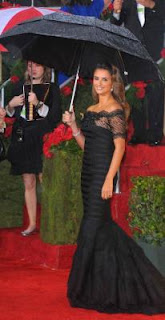 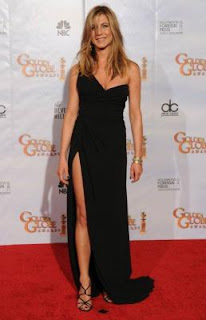 Spent the evening on the arm of Gerard Butler (alright for some eh?) and wearing Valentino - I want her legs! 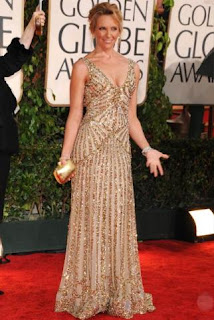 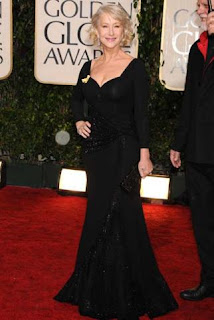 Helen Mirren shows how it's done 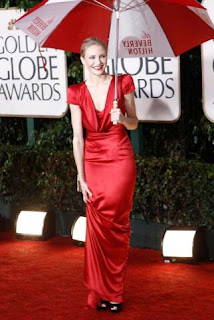 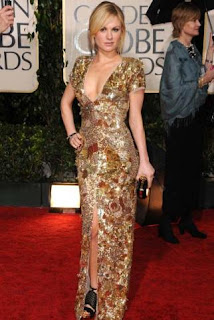 Anna Paquin vamped it up in a plunging gold Stella McCartney 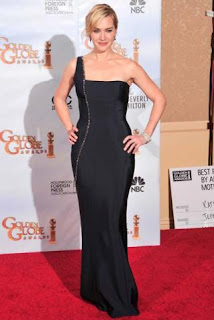 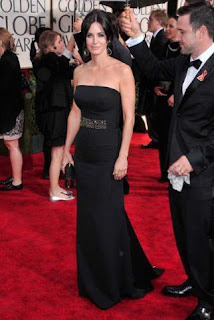 My favourite dress of the night goes to - 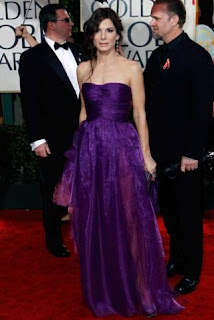 What was your favourite?