Seven Things You Didn't Know About Me 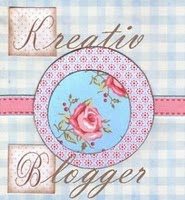 I was awarded this by the lovely Nickie at Typecast way back in April. Yes I know I'm seriously slacking, and you'll notice that the next few weeks will have some of my catch up meme's/tags! Bad Sarah!
Anyway back to this tag, I'm supposed to reveal seven things that you don't know about me. So here goes:
1. I can do CAD (computer aided design that architects etc use). I learnt whilst working for an engineering company and then this came in handy when I was up for promotion for a property repair company :-). I now don't use it at work, although it does help make some pretty cool football coaching plans now but I mainly use it to plan ideas for the house and garden. It's a pretty geeky thing to be able to do I think but I love it. And it also means I can use Spurs boy's desk that he bought :-)
2. I have had depression, I had a mental breakdown last Summer. I call it now a clearout, everything seems clearer now and I have never been happier. I kinda mentioned it a little here about the song "Sunsets".
3. I love Winnie the Pooh. I have a small large collection of Winnie the Pooh cuddlies from the Disney Store. I love the books, the quotes, the films. Everything. I've mentioned it here before
4. I have an addiction to gaming. Not just on the 360, PS3 and Wii but also on my computer and of course my iPhone. I listed some of the games here and of course there is Farmville. I still love the Grand Theft Auto games and I have a addiction to the game Settlers.
5. I have Osgood-Schlatter's Disease in my left knee. It was particularly painful when I was a teenager and still now can hurt, luckily the swelling lump at the bottom of my knee is not as bad as it used to be but it's still bigger than my right knee. Every injury I've had since on that side; even my "Twitter Giggs" hamstring injury have been made worse because of my knee. Also bad knees run in my paternal side of the family, although I'm the only one with OSD.
6. I love Who Dares Wins, the National Lottery programme. Whenever it's on I sit down and compete against the people playing to see how many I can name. I've even set up games nights using the same format. Sad I know but I love it!
7. I used to have shares in Manchester United (about 30 shares). They were given to me as a birthday present from my Godmother. I was FORCED to sell them by The Glazers and now they are sucking the life out of the club I love :-(
Now to tag other people to do this:
Carina at Miss Carina
Danni and Maria at Frills 'n' Spills
Elaine at Elaine Scott
Rachel at Mon Polkadot Cheri
Soapgirl at Soapgirls Thoughts
RedMama at Re-Branding Me
Louise at WeeWifie's World


And anyone else who fancies a go!
Rules

Some great stuff in there... I auditioned for In It To Win It (the other Lottery game show) once - got to the final audition round but didn't get picked. I did see someone on the programme that had been at my audition though. The cow!!

How very strange... the knee condition, I work in orthopaedic theatres and never heard of it, so I clicked the linky... and we operated on someone with that... YESTERDAY! How bizarre... Very bizarre indeed. I just didn't know that's the condition they would've had. You ever thought of surgical intervention for it?

I was playing Settlers last night... and I was on Thrive to Live scenario, and had played one hour on it, and damn when I saved to go to sleep I ended up deleting all my saved files in error!! Gutted!!!!!!!!!!!!!!!!! Now have to start again. I got a Settlers game for the PC that I've not played yet, and I'm right craving to today, but I can't coz gotta go to work! =( It's Settlers Rise of an Empire. If you love it on iPhone you'll love on PC if you've not played any of them on PC =)

I love the way you class your break down as a clear out! Love that way of thinking! Great way to put it, and shows the positiveness that can come from such a mental health occurance.

Sadly I've already done the Kreativ though! Over at http://www.weewifie.co.uk/search/label/kreativ%20blogger%20award =)

@Nickie Maybe I should think of trying to get on Who Dares Wins! :-O

@Louise Oh I'm rubbish and didn't check that you had already done it :-(

I have thought about surgery for my knee, infact I will need to have some cartilage removal soon so maybe will do both at the same time

I have all the Settlers games and love them on both my iPhone and PC. It's pretty dangerous having it on my phone to be honest, major addiction!

I like the idea of my clearout time, I did lose people from my life BUT I now realise the ones that are still here are the ones who count.

Thank you both for reading and commenting x

Thank you for the tag - I have done this though - here's the link http://elainescott77.blogspot.com/2010/05/kreativ-blogger-interesting-things.html

Argh how can you love Farmville.. so annoying think I just dont know how to do it lol :) x

I think because it's taken me so long to write it, most people have done it! Lol.

I have the holiday meme that you tagged me in still to do, watch out for that over the next few weeks :-)

I'm addicted to farmville, love it!

I used to be addicted to Farmville too, and when I got rid of it, had withdrawls and "pangs" for it for a few MONTHS after LOL!!! But glad I got rid though... was taking me over an hour a day to do all the things I needed to do on the damn thing!

I keep thinking I should stop! But I keep going back for more LOL