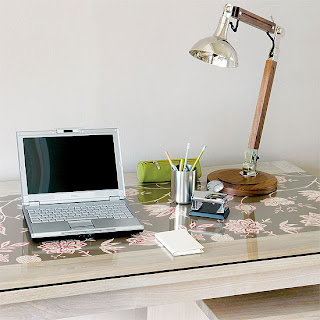 What does your partner do as a job? I don't just mean the title but do you actually know what their job is?
The reason I ask this is just last week I was at my volunteer job and there I work with adults with learning disabilities. For some reason we got into talking about jobs whilst we went out raspberry picking (nom nom nom) and they were intrigued to know what I do in my job and Spurs boy does. My brother has Downs Syndrome so I've always found I can put slightly difficult things across to different audiences with ease.
The conversation carried on and they got round to asking the other staff about what their wives/husbands/partners did. I thought they were at first struggling for how to describe the job.
Then I realised they didn't know.
One of them knew his partner worked in an office but couldn't remember who for or what they actually did. Another knew the job title but had no idea what the job actually meant he did. I'm not for one minute saying it means that they were at all worried by not knowing, in fact we all had a lot of laughs around the fact they didn't know.
I know what Spurs boy does as a job, mainly because he leaves his work stuff everywhere I've helped him with it from time to time and I know a little about how the property development industry works having worked in it for a few years. Could I step into his shoes for a work day? Of course not, but I know what he does.
I of course checked that he knew what I did in my job, and he does. In fact it was quite nice to hear my work summarised into a short sentence. Whenever people ask me I struggle to get it all into one clear statement without seeming muddled.
The more hilarious answer was from Little man who stated my job was to "chase around after footballers" (LOL) and Spurs boy's job was to "build stuff". I'm still chuckling away at his description of my job, and it's provided Spurs boy with some humourous texts and emails the last few days at my expense.
I'm not saying that because people don't know what their partner does as a job means there is something wrong with their relationship. I've been thinking back and this is the only relationship where I know quite a lot about what he does for a job. Is it really that important to know?
Although knowing what someone's job title can sometimes make sure you don't lose your apartment LOL ;-)

All my exes I knew what their jobs were and they knew mine...

same with current man. But then again we used to actually work TOGETHER lol, so yes I know his job, though he does work in a different area now I still know what it is. He knows mine coz as he'd say "i never stop talking about it!" lol. I love my job working in the operating theatres as a nurse.

I think it's good to be able to talk through your day with the person who you share your life with. I was just surprised by how many people didn't know.