We love a bad guy right?

We all love a bad guy right?

Ok maybe not ALL of us do but there is something about a bad guy that is strangely attractive. Maybe it's because everyone warns you away from him that makes you want him more. It's so unfair.
I'm totally out of the TV soap loop at the moment, except for Hollyoaks of course :-)

I admit I do dabble back in with Neighbours and Home & Away. Recently I was home in time to catch Home & Away and noticed someone new. 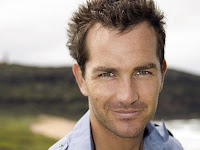 Penn Graham, if the actor seems familiar he was in Neighbours a few years ago.

Now I seem hooked back into the programme and I even have taken to using sky+ to record it *hides in shame*. Not only is he a hot bad boy, he's an Aussie. You all know I'm obsessed by the Aussie males although BB's John James makes me want to throw things at my nice TV!
It's apparently fine for me to watch the programme to see the bad guy as long as Spurs boy is allowed to check out Leah. Fair deal I say :-) 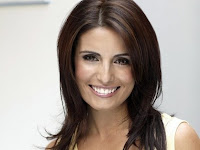 Leah Patterson-Baker (Played by Ada Nicodemou)
Which reminds me did anyone see Heartbreak High the TV Series?