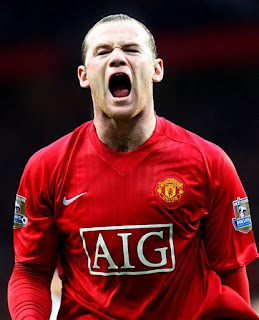 No this isn't going to be about the upcoming elections. This is about the biggest debate of recent times and it's going on in my home right now. Just who will be victorious at Old Trafford on Saturday...

The lunchtime kick off cannot come quick enough for me and Spurs boy, who will win out of Manchester United and Tottenham? A draw would be a result neither team would want but to lose would be bad for either side.
Manchester United were all but out of the title race with their 0-0 draw with Blackburn but the 1-0 Manchester derby win over City, then Chelsea and Arsenal losing over the weekend has put the race for the title back on. The title is still in Chelsea's favour as they have 1 more point and have a better goal difference - a United rout against Tottenham would be nice :-))
We couldn't be playing Tottenham at a worse time, they were looking after their loss to Portsmouth in the FA Cup Semi Final that their season was about to derail. But they beat Arsenal and then Chelsea within that same week and have got their eyes set firmly on fourth and that coveted Champions League spot.
The banter has been going on at home for the past few weeks over this match and definitely it's stepped up a gear in this last week. We cannot go to Old Trafford (it's Spurs boy's Gran's 80th) but we will watch the match, together, with friends.

We have watched United and Tottenham together before but this is the first time we will be watching it as a "couple", it will be tense stuff. I know to some it's just a game of football but to us it's much more than that. It's all about bragging rights in our home, and I want them!
Come on United! BELIEVE!

Remind him of all those classic games between our teams and how we've won almost all of them at OT ;)

Luckily our boys did us proud!