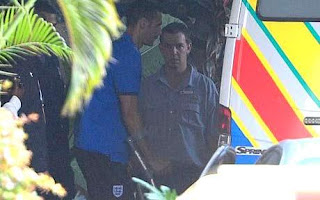 Gutted for Rio. Gutted for the team. Great loss for our World Cup hopes. But on the positive side I'm pleased that Michael Dawson has been called back up to the squad.
Ledley King and Michael Dawson were the best centre backs in the Premier League last season at Spurs, and Dawson I felt was a very unlucky omission from the squad even though he has not yet got an England cap.
Also it gives us girls another chance to hopefully see more of Dawson, although some of us have already seen more than others :-))
Rest up Rio and we'll see you at Old Trafford for the new season, just keep away from donkeys! ;-)