A complaint and an executive decision 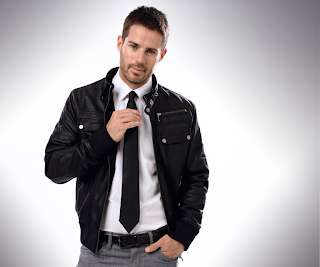 After an unsuccessful attempt to try to restore our garden furniture, our table had warped due to the harsh winter and I had previously decided against better judgement to buy a bigger table but it could not be stored away easily. Yes I know, think smaller and then store it away in the Winter.

So I started looking for a suitable, smaller and easy to store away garden table and chairs. I looked online and went to the usual B&Q and Homebase and couldn't find a thing. Marks and Spencers at the moment had caught my eye online but I needed to see them with my own eyes rather than over my computer. I went to my local store with its huge homeware store and knew straight away I wanted it. I tracked down a sales assistant with several weird arm movements that might have attracted other people's attention first (pretty sure I got called weirdo by at least one of them!). My order was placed and the table and chairs would be delivered on the Saturday and I'd selected the morning slot as there would be football on in the afternoon and YOU DO NOT want to be entering our home when it's on. :-)

Then on the Saturday we waited at home all day and nothing came. I rang up the store to ask if it was coming later as it was about 2.55pm at the time (before footy see!!!) and I was told there had been an error and they would book a new time slot. Now this was the Saturday before Easter and as expected they couldn't give me delivery times on the next two Saturdays due to them both being bank holiday weekends. I was taking time off work so I selected a weekday in between the two bank holiday weekends and was told that someone would call me the day before.

No one called so I called the store and was told that the delivery would definitely still happen the next day and there was no note on the order to call me the day before. Anyway the next day came and... WENT with no new garden furniture. We'd now given our old furniture to charity and was tired of taking our dining room chairs outside with trays!!! How cool are we!

So I waited until the next day and I needed to go into M&S for some essentials... ok that last bit is a lie I was looking for a new picnic hamper, suit and shoes if you must know :-) So anyway I asked about my order again and was told that they were in stock but it would take a few weeks to deliver but he couldn't tell me why. I then asked to speak to a manager and was told that he was out at lunch and a supervisor came over to talk to me. I mean this... she talked AT ME. She didn't listen to what I'd said or why I was annoyed. I know had Spurs boy been with me he would have asked for a refund and caused an almighty row but I REALLY liked that furniture and I REALLY wanted it. So I left the store with their agreement that they would call me. As I drove home I got really annoyed as M&S had taken my money and now I was being palmed off with "Someone will call you I promise". Oh well if you promise I'll accept it. As I got home and looked out upon my empty patio (plays violins) I then picked up the phone and rung M&S Head Office.

The lady who took my call was lovely and I'd now felt guilty for ringing but as she investigated the problem she still stated "We will call you when we can confirm a delivery date". So I asked to speak to a manager, my call was put on hold and then a man's voice spoke to me.

My legs went weak and I reached for the nearest chair and plonked myself in it. I tried to make audible sounds but I'm sure I started my reply by stuttering and muttering my way through. As I explained the situation as succinctly as I could manage at the time he did not say a word, in fact I was worried he'd got so fed up that he hung up on me! As I finished there was a long awkward pause which he filled thank goodness;


"Will you be in tomorrow? We will deliver this set for you and give you a full refund now and we will send you a gift voucher as a token of our gratitude for your custom"

I then stuttered again and must have made some audible noise as he then continued;

"Was there anything else?"

To which I replied;

Ok I didn't say that last bit but I'm seriously kicking myself for not saying it.

The next day the table and chairs arrived, a few days later the gift voucher card arrived and my money had been refunded the day I rung Head Office. So yes that's my little customer service battle and how it was fixed :-)

Woohoo! Good for you!

I was very impressed :-)