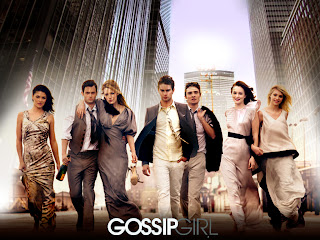 I love gossip even though I'll admit you'll probably never see me read a gossip magazine (OK, Hello, Heat etc) in public but I might read as many as I can whilst waiting for the dentist or doctor. But I was hooked on Gossip Girl from the very first episode and I've never been ashamed to admit I'm addicted to it.
Season 4 had me slightly disappointed as I found it wasn't as "OMG" or "WHOA" as previous episodes and there will be a fifth season and I hope the writers will go back to some of the things that made Gossip Girl good. That said the Chuck Bass and Blair Waldorf Season 4 ending is probably some of the most beautiful and heartbreaking television I will ever watch. Yes I admit I cried and may have re-watched it several times!
I'm not sure who of the girls is my favourite character (it changes from season to season) but my favourite male character is of course; 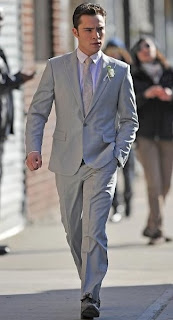 Chuck Bass played by Ed Westwick
I am pretty sure that I wouldn't be able to handle being in "Gossip Girl" world but from the outside of it, I love it :-)

I don't think anyone who has properly watched Gossip Girl haven't liked it. You know, it has a surprisingly good story-line, the writing is very good and the actor/actresses are wonderful.