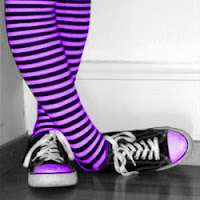 The Good
I have done quite a bit of revising this week as I have exams in April and I have been pretty lapse in getting started. Have set up a revision allocation amount for each week and will try to stick to it :-)
My Airline Conquerer USA score is now 306

I got another follower to my blog - Welcome!
Had a very productive work week and I'm busy with work all this next week also, although the snow may put a hold on that.
I need to organise some golf practice, as the charity golf match is in May and I haven't done anything since November.

I started on my homework from Gala Darling on Your Radical Self Love Bible :-)
Watched 'The Assassination of Jesse James by the Coward Robert Ford' film this week which Spurs boy and I thought was fantastic if maybe a little bit slow in parts. Also Brad Pitt is in it so that's a plus
You'll have probably read already in my blog about Being a Bridesmaid and today I got some more ideas from a wedding reception that we went to of someone Spurs Boy works with. The wedding was on a more extravagant budget but hopefully we'll be able to find some cheaper options.
I also have a coffee challenge which I will blog about later.
The Bad
Snow might be coming back!
Spurs boy is away from Monday for a couple of days but Bestie is moving into our spare room so that means homemade cocktails and scoffing creme egg ice cream!
Watched 'We Own The Night' and we were both disappointed, the plot was weak and there were no real surprises. Shame though as we both like Joaquin Phoenix as an actor :-(
I was getting all excited about Owen Hargreaves coming back to United's First Team but his exclusion from the upcoming Champions League squad was an unhappy sight. I still believe that he is an important player for both Manchester United and England, but we need to see him back. There are rumours that he can't recover from his double knee surgery that he had in November 2008. I really hope he can.

I think I pulled my hamstring on Friday, it's still sore but will get checked out this week. It has swollen in the last few hours :-(
The Ugly
I stupidly arranged a meeting for 7pm on Friday night - will never do this again!
Turning up late for a time management course. Speaks for itself really!