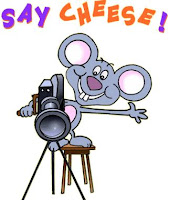 Me, Future bride and Bestie were invited to The London Fashion Week event last Sunday and we were at first very excited and then a little bit daunted to be honest. We all try to keep up to date with the fashion trends but would we actually be able to "fit" in at such an event?

Because of my troublesome hamstring I haven't been able to wear my new Louboutin heels that Spurs boy had got me for Valentines and I really wanted to wear them. After several arguments with myself I decided that I should really wait until my leg is healed, I might add this was a long argument and it was nearing to the point where I was tempted to say "I'll just wear them and suffer". But Spurs boy reminded me that I'll enjoy them more when I feel better, isn't he clever? Although at the time I was kinda cursing him for being right.
The three of us arrived in London excited but extremely hungover. The night before it had been Bestie's 25th birthday party and yes it was pretty messy and we went to bed pretty late... well in the early hours of Sunday...oops. After a coffee things seemed a little more stable and we no longer wanted to curl up and sleep where we were.
As we entered the show we were taken aback by how many photographers were around and that they wanted to take our photo. We of course obliged and for a little while we felt like celebrities, which was surreal. Bestie admitted afterwards that her mouth hurt from all the smiling! All through the day we seemed to get photographed as we walked around, looked at the displays, drunk champagne (yes more!!) and even had some food. Being a "somebody" seemed tiring.
We had a great day looking around all the upcoming trends and still dreaming that one day we might end up designing something ourselves that would make it onto the catwalks. But most importantly it was quite nice to be a nobody, it seems tiring to be "somebody".

I think you're very right on that "But most importantly it was quite nice to be a nobody, it seems tiring to be "somebody". It's one thing to be so lucky to have a 'magical' day like that once, but when you have to do it "every day", you gotta end up being sick and tired!

But I have to say, I kinda envy you a little, even though I'm not big on fashion. Just be there, and see it all, had to be sort of amazing!!

It was an amazing day, but definitely couldn't do it all the time.