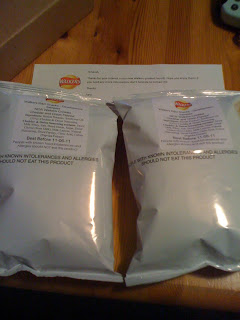 I was asked if I was interested in trying out some new Walkers Crisps and of course I was never going to say no. I had no idea what was coming and was excited when I received my two trial packs, both in the same flavour - Cheddar & Onion and they were crinkle cut. 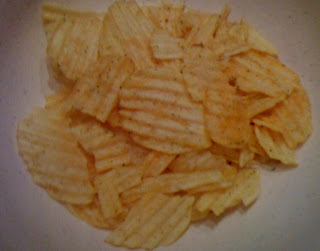 I love crisps! Do you?
They didn't last long once the two bags were opened. They are different to the normal cheese and onion flavour, the cheese packs more of a punch. It's a mature cheese taste and the onion taste is more subtle and could only really be tasted at the end. They were incredibly moreish though and once they had all gone I wanted more.
I think they would work as a great accompaniment to a ploughmans, although not so much if you don't like cheese. But I love cheese! Also they would be fantastic in a sandwich too.
There will be four flavours of these crisps; Simply Sea Salted, Cheddar & Onion, Salt & Malt Vinegar, and Sweet Chilli. They should be in the shops soon and I can't wait to try the others and also try out my Ploughmans idea too!

can they send me some salt and vinegar, I'll test the crap outta them!!!