Do you feel taken for granted? 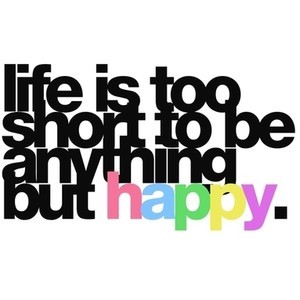 Image from HERE
When someone tells me that they will do something I go through that thought process that they will actually do it. Where I get confused is when people don't actually mean that they will and actually want me to to argue them down and say "I'll do it. No arguments". I think I miss the signals, is there a handshake I need to know about because recently I'm really falling short of the signs.
At work a colleague said he would look for a training course that we were both talking about. He immediately said that he would look for one and I smiled and said "That would be great!" and he didn't move or say a word. In fact he looked a little annoyed and I asked him what was wrong... he said "I thought you'd offer to do it" and then I was confused, he said he would do it. So then I went through the "Well I can of course, it's ok I'll do it". Wait hang on a minute! So he didn't mean it when he said he'd do it or is it because I came across as being rude? Help!!!
If I'm going to do something and I tell people I will do it, I mean it. I never say it to get the other person to feel the need to then say they will do it. What kind of reverse psychology is this?
The above example isn't the only one, of course once you've witnessed one example you tend to spot more. Friends don't seem to do it and I think I'd go mad if Spurs boy did it. People who I work with and my Mum has recently started to join in with the trend. No Mum... this trend is not cool!
So anyway I thought I'd do a trial and make sure I always counter offered when someone said they would do it and they all accepted my offer, my to-do list grew and not one of them said thanks! Humph!
Now I actually feel worse!
So people if you offer to do something and then realise you need help - Tell me! But actually tell me, I can't pick up on those signs and I will help. Just don't take me for granted. This makes Bliss unhappy :-(


Actually there is one example of when I say I'll do something but really Spurs boy does most of the work - I say I'm going to sort the loft out (I don't go up there... there are big spiders in there!) so he will go in the loft and pass boxes down to me. It's an agreed system.