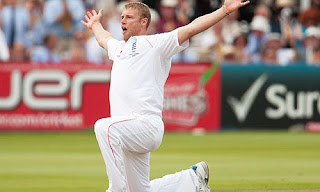 A sad day for cricketing fans yesterday as Andrew Flintoff retired from all forms of cricket. We all knew the news was coming but it doesn't make it any easier to hear.

Freddie I think a modelling contract would be perfect for you :-)

I've still got everything crossed that I do not hear any retirement news from Manchester United, Owen Hargreaves is due back to Old Trafford soon from treatment in the US. Fingers crossed he can soon be back in training. I will not give up hope. 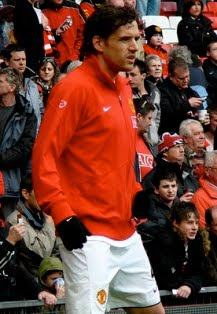 Ah Hargreaves
Also Get Well Soon messages to Antonio Valencia, who had his ankle operated on yesterday. You can tweet your support on twitter using the hashtag #getwellsoontonyv.
Also in other injury news Dan Carter is back into rehabilitation after his ankle operation and so he's still on track for our date the match at Twickenham in November. 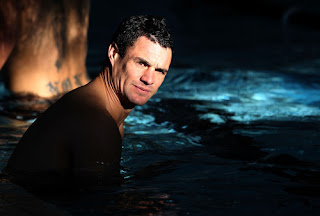 Dan Carter
So this is a lot about injuries and I'm pleased to report I am injury free. Little man not so much. He got accidentally kicked in the head playing after school football. He's off school for the week but enjoying the big white bandage that he asked us to put around his head as he looks like a "grown up footballer".
Bless him. Hope you're all well.