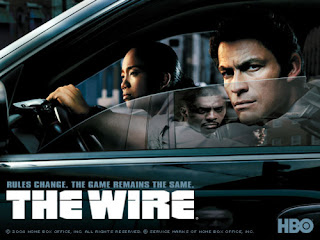 No not just any wire... The Wire. I think this is quite possibly the best TV series ever and I was hooked from Season 1. The Wire was set in and around Baltimore, Maryland and focused on different parts of the City in each series.
Series 1 - The drugs trade
Series 2 - The seaport system
Series 3 - The government
Series 4 - The school system
Series 5 - The print news media
I was a big fan of the fact that each series had the same theme but sung differently and by different people. It gave each season a great sense of individuality besides most of the cast being the same.
My favourite seasons in order;
1st - Season 4
2nd - Season 3
3rd - Season 1
4th - Season 5
5th - Season 2
The series also introduced me to Idris Elba. *swoons* who has since been in Luther as well as other things 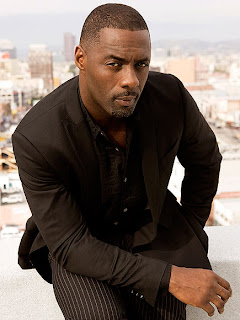 Even Charlie Brooker loves it!
If you love your crime drama then this is totally for you, in fact you're totally missing out if you don't watch it!

Love this show!! G and his friends in the department are always commenting on how 'real' it is...good or bad!

Even Obama loves it!!!

I think it's fascinating as to how real it is - like you say good or bad!

Such a shame that they stopped making more