Time is a healer 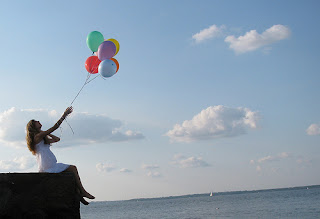 Time is a great healer for some and for others it can make them brood and never get through their past. There was a time when I wasn't sure I would get to the latter part of the first sentence and get to the healing part.
I was talking to a friend the other day about random stuff as you do, and then got to talking about my breakdown/depression that I had. I've never had a problem talking about it really and have found that it helps me to talk about it. It's part of who I am, it happened to me and I wouldn't be the person I am now without it. I'm stronger in myself than before it happened it really was my "clearout" as I prefer to call it.
Then I said to my friend "when it happened last year..." and then I stopped. It was now 2011. My breakdown was in 2009. Through 2010 I had been saying "last year" and now it was weird to say "when it happened two years ago".
Who am I trying to convince that I feel better? Does saying my breakdown and when it happened mean that people won't judge me and think I'm still ill? So why do I say when it happened? Why do I focus on it? No one else says to me the date of it, so why should I?
Sure I'll never forget it and it always remain a piece of my life but I'm not going to dwell on when it happened. I hadn't realised a simple move into 2011 and a phrase would make me realise even more so that life is about the now and the future.

I sometimes can't believe that it's been 11 years since my own dark period and I think it'll stick with me forever too but, like you said, it's something you grow from and if it wasn't for going through that I wouldn't be where I am now.

It does make you stronger and you're right you do grow from it.

I just don't need to always say when it happened, it happened. Move on!

There are ways of moving on, you know. I think you're doing it in the healthiest way for you. Keep it up xx