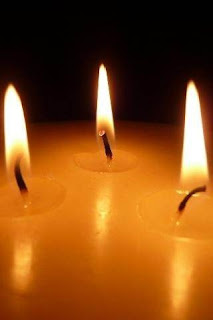 Yesterday morning I'd woken up, meditated, dressed and then sat with the iPad and caught up on the news and gossip whilst I'd been asleep. Little did I know then I'd be out of the "technology world" later on through the day.

I needed to get to physio and booked a cab using my iPhone and noticed it was at about 40% charged, it was ok I would charge it when I got back home. The iPad was also running a bit low but again would charge that when I got home.

I left home and headed to physio. I don't like being late and normally I'm early, normally too early (I hate to keep people waiting) so I sat in the reception and checked twitter, Facebook, played a few games of Words with Friends and then noticed my iPhone was getting to the red part of charge. Ok stop using it Sarah!

After physio I noticed there was a small row of shops nearby that I could easily get to on my crutches and there was a taxi office to get me home!

I ordered a taxi and then popped into the shop next door. I paid for my trashy magazines, chocolate bar and a tub of ice cream. It's all in the aid of recovery!!!

Sitting in the taxi I looked at my phone and it was now on the 20% battery warning. Soon be home to recharge! Arriving home and when I walked into our flat it seemed quiet. Ahhh it's nice being at home when everyone is out!

I put my iPhone into my dock to charge and as I walked away I didn't hear it vibrate. It always whirrs when I plug it in, no whirring... Hmm... So I made sure I'd placed it properly and still nothing! I then tried a light switch... NOTHING!

So I popped downstairs to see Mrs K, she's retired and always in. Lovely lady. Yes the power cut had been for about an hour. I chatted to her for a bit and made sure she'd knock if she needed anything. I headed back upstairs and by now my knee was tired! My physio had told me to rest up this afternoon so I headed to the sofa and with my iPhone about to run out I texted Spurs boy and tweeted about the power cut.

As I sat there I couldn't believe how quiet it was. Our main living space (lounge, dining & kitchen) is all one room. The noticeable hum from our fridge/freezer was not there. Oh my ice cream!!! Next I grabbed my duvet, ice cream and book and stayed camped on the sofa for an hour.

After an hour, I sent Spurs boy an email on the iPad to say it still wasn't back on. An earlier email came through that he'd called Electric company and they said it would be fixed shortly. I wasn't bothered and then fell asleep.

I was then woken up by a knock at the door, maybe it was Mrs K. As I walked to the door I looked at my watch and saw it was 3.15pm and I knew exactly who was going to be on the other side of the door. Spurs boy's mum was picking me up so that we would go together to get Little man from school and then we were visiting family.

I grabbed my shoes and coat and locked up the flat. Had I not been in a rush I'd have put my brain into gear and taken my phone and charger with me, I could have charged them in the car or when we were visiting family! Doh!

I used Spurs boy's Mum's phone to ring Spurs boy on the way back home. The electric would be back on within an hour, he was just leaving work and would pick up fish n chips on the way home. Spurs boy's Mum dropped us home, with the "If you get stuck just drive over and stay with us" but we'd be fine. I checked on Mrs K but there was no answer, when we got inside our flat there was a note that she'd gone to stay with her daughter and left contact details in case.

It was now about 5pm and it was on it's way to getting dark. Little man is not too happy in the dark and I quickly lit all my Yankee Candles (see Spurs boy they have a purpose) and he then seemed happier. I found his wind up torch and we were set for our mini adventure. First of all he had spellings to learn so we sat at the table by candlelight and learnt his spellings.

It was getting to 6.30 and there was still no electric so I used Spurs boy's phone. Mine had died somewhere between learning the spellings! They now couldn't say when the power would be back on it was likely to take a few more hours and it could be all night. I looked out of the window and could see now that the flats either side of us which by now were lit up were also in darkness, but I spotted a few torches and candles. I told both the boys that we weren't going to have any electricity in the next few hours and I knew Little man was never going to sleep until he was really tired so I raided the board game cupboard.

Little man enjoyed the distraction and held the torch as I searched for games, he also liked making shapes with the torch on the ceiling but he soon realised I couldn't see a thing without the torch as games came crashing out of the cupboard! (there is still sitting on the side a die from one of the games that I will have to sort through to find where it belongs!)

We finally decided after all the games I could find that we would just play cards. I mumbled something about Monopoly but lost so cards it was. We played for a bit and then noticed the iPad was losing battery so I switched it off. After a few more games Spurs boy's phone beeped. We were losing all connections to technology!

Spurs boy and Little man then took a drive round for a bit in the car and charged up his phone. I stayed inside wrapped up with my book, my knee was now sore and I was getting grouchy too.

Little man fell asleep in the car and somehow Spurs boy got him up the stairs without waking him and we put him into bed. Meanwhile I'd found some battery nightlights in case he woke up through the night.

We then played Monopoly (I always get my way!) and then I was getting tired so with mini torch in hand I headed to the bedroom. For some unknown reason I put the bedroom light switch on, routine I guess. I found our travel alarm clock and set it for 6.00. As soon as I got into bed I was out like a light as they say...

At about 2am we both woke up as the electric came back on. The place that had seemed so quiet was now filled with whirring and hums. We put both phones onto charge and went back to sleep.

I woke up before 6 and it took me a while to pull myself out of bed, stupid knee! I went into the kitchen and thought about making a coffee but I'd have to have it black and I don't like that. So I made some juice and then meditated.

Spurs boy was soon up too and started the task of re-setting clocks and timers. (There's always one you miss isn't there? I've just noticed the DVD player is flashing away!)

I knew when Little man was up as there seemed to be some sort of party going on as his bedroom light went on/off/on/off/on/off. As I went in to see him he was already running into the bathroom and rabbiting on about how cool it was to have had a power cut. He said all his friends would enjoying hearing about it!

He seemed even more pleased when I told him we'd have to go out for breakfast! In the car Little man started going through his spellings, as we always did and this continued over breakfast. I'm sure most people who were sat at our local supermarket cafe thought we were crazy reciting out spellings!

Little man was definitely eager to tell his friends about his adventures to his school friends. As I stood and listened I heard him say "I wasn't scared, it was cool".

Spurs boy's phone started ringing in the car on the way back after doing the school run. Then I remembered mine was still sitting in the dock at home. I'd not even switched it on yet!

As we got back home I switched on my phone; texts, voicemails, emails, Facebook messages, tweets filtered in and I was back.

I then opened the blogspot app and started typing this blog.
I'll catch up with my phone later but now I must
Sometimes when you least expect it, a break is all you need.

Technology I do love you, but it's nice without it too.