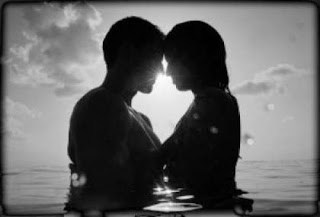 I got forwarded this list in an email from a work colleague about the surprising signs that someone shows to show they are interested. It made me chuckle.
1. They don’t talk to you
They’re so scared of looking foolish in front of you that they don’t risk it. You need to take charge. Start a conversation. Expect some nervous babble, but be encouraging and interested. Their confidence will grow and they’ll soon start to make sense.
2. They tease you
Schoolkids tease their crushes in the school playground, and none of us ever really outgrows the habit. Attack is the best form of defence, in love as in war. If someone you fancy teases you, don’t give them a slap; give them your phone number.
3. They hide from you
As with the teasing and silent treatment, this one is a form of defence. If you can’t see them, you can’t see them fall on their face, blush until they burn, or humiliate themselves in random heartbreaking ways.
4. They don’t seem to remember you
So, you had a brief drunken encounter six years ago, and it has faded from their memory. That’s what they want you to think. They want you to think that they’re far too busy and popular to recall it. In fact, the memory is etched onto their brain and lived out in filthy fantasies every single night.
5. They suggest splitting the bill on your first date
If you’re a woman, you probably assume that he’d buy you dinner if he fancied you. If you’re a man, you assume that she’d let you pay if she fancied you. Wrong. When someone’s interested, they’re careful not to seem over-keen, or out to buy affection or sex, or – in the woman’s case – tight-fisted.
6. They push back their shoulders when they see you
It’s not an obvious signal, but it’s a very common one. We respond subconsciously to an attractive person by improving our posture: men puff out their chests slightly, and women arch their backs.
7. They flirt with your friend
Rather than be rejected by you, they’re seducing you by stealth. If they can impress your friend, your friend will spread the approving word to you. Then they can find out from your friend whether you’re interested.
8. Their friend flirts with you
They’ve sent their mate on a mission to involve you in a group night out, where they will make their move. Classic strategy.
9. They babble nonsense at you
The power of your attractiveness has short-circuited their brain. Chances are they’re dimly aware that their mouth is spouting nonsense, but it’s out of their control.
10. They ring you up to moan about a terrible date
You think you’re in the Friend Zone, but the truth is that they want any excuse to phone you.
Are any of you aware that you are showing any of those signs at the moment? Or are you getting any of these signals back?

Oh dear, I babble nonsense at everyone haha!