See! I told you 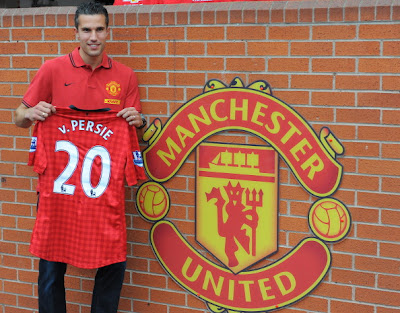 When my brother says "See! I told you" he really did tell me but him being correct is slightly error ridden. I've mentioned a few times that my brother has Downs and his being right most of the time comes from an addictive side to him feeding himself information. He's sports mad like me but he takes more of it in, his memory is different to mine. He might be able to take you through the running order of the Manchester United Treble DVD and who scores each goal for both teams but he can't tell you which of our players are midfielders or strikers. His football knowledge expands further than just Manchester United and if you ask him about a random footballer he'll name all the teams he's played for. Unless he's really not interested in even bothering to tell you a certain footballers career.

He has always loved goals and the same for strikers, although he didn't know that's their position title! For years he loved Michael Owen whilst he netted goals for Liverpool and Newcastle and I would squirm as it made me uncomfortable. When Michael Owen came to United it felt a bit like fate, his shirt was bought quickly and despite the fact now that Owen has left he understands why. Or more so he knew that we would be getting someone else...

He can't really read full sentences but he can read enough to work out a headline or opening paragraph in a football article. About two weeks ago he was adamant that the paper said Van Persie was coming, I read the article and read it out loud which was something like "talks are ongoing about a move for Van Persie to Manchester United". My brother just took the last 8 words and it was done!

When it was announced that Van Persie had passed his medical and had officially signed I went to see my brother to share the news. I was beyond giddy and he said "See! I told you" but that was it. The excitement factor wasn't there, it had happened weeks ago for him and there I was bouncing off the walls because NOW it had happened.

It's not his fault and in many ways I should know that when my brother says something is going to happen, it means that there is a high chance that it will. Although I do like hearing "See! I told you" because it's accompanied with the biggest grin.