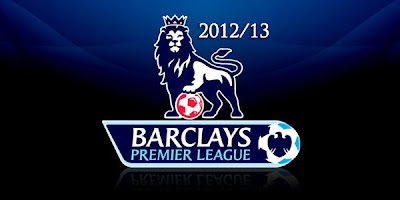 The Premier League football season is almost back. Almost. The summer gap between the season's end and the new one seem to take longer and longer each time. The transfer gossip gets insane and more ludicrous also. The desire to watch football, any football is there and you know that no matter what - nothing compares to seeing your own team play. Nothing.

The glimpses of pre-season football give you a taste of what is yet to come but it's not quite the same as proper matches. It's much closer now and for me I am counting sleeps and wondering if I can borrow a time machine to make the time go quicker.

In the meantime I will sort out my old football shirts, some of mine now need a bit of needle and thread action (!?!) due to them being very old now. I also might invest into a new shirt, although I'm not totally loving the new shirt so I'll maybe look at one of the retro shirts. Much to ponder on the shirt front! Then I need to look at my fantasy teams and set up a reminder for them each week as I have a habit of forgetting about them after Christmas! Doh!

Sorting my fantasy teams and my shirt will probably take some time as I'll get distracted by some other memorabilia or a stupid headline on the Fantasy Football page. This is good. Football is almost back and Manchester United want their trophy back!