November seems a good time to write a Novel 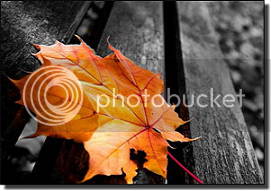 I wrote a blog post back in September about my failings of being able to write a book and perhaps writing a screenplay. Well since then it has moved on quite a bit but maybe not as originally planned.

I had planned out the story in full that I'd been thinking about for a few years now and found the actual starting to write a book quite daunting. I had started to write it as a screenplay but found it didn't seem easy either, and then for a few weeks did nothing with it. Probably waiting for a day in the future when I would find my notebook with all the planning in it and try and start again. But then I came across this website which every November runs a competition called National Novel Writing Month.

Now I'd said I found it difficult to start to write my story down as a book, well not now. As soon as I opened my Word document to start writing, I just started and it seems to be going well so far. I've got an amount of words to do a day but I try where possible to go over this amount as much as I can. Maybe it's because there is a deadline that it seems easier to write or maybe it was just time to get it all down - Who knows?!?

So anyway this story that I had all planned out, and I mean all planned out eg, characters, what happens in each chapter, has changed. Only a few of the things that I had planned are still relevant now as I continue writing a few days later. Strange really...maybe planning wasn't a good idea and then maybe it was? As I type it seems the story is pulling me into a new direction which is exciting as I have no idea where it's going. Maybe this is a good thing? We'll soon see.

I'm not saying that I'm writing a masterpiece, far from it. It'll probably not be very good but at least on November 30th I'll be able to say that I have written a novel and I will feel super proud of myself!