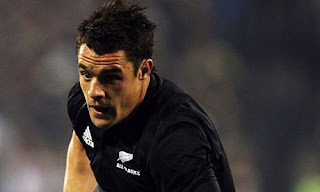 So the rugby was back on yesterday and yes I was pleased to see Jonny Wilkinson back but my eyes were taken to the second match of the day and the Wales V New Zealand match and the No 10... New Zealand's Dan Carter.

Carter is now just two points short of setting a new All Blacks Test record of 968, overtaking his illustrious predecessor Andrew Mehrtens. Admittedly he managed to escape punishment for his high tackle on Martin Roberts which he admitted after the game today -  that it was high and he had apologised to Roberts.

Not only is he possibly the World's best Rugby player at the moment but he is way up there in my Top Sexiest Men like ever! He models for New Zealand's underwear giant Jockey and I'll post some of the pictures up at the end of this post, unfortunately ladies he has a girlfriend and it isn't me... YET! Lol

He is New Zealand's David Beckham and I just wish he would start playing over here, Saracens would be a viable choice I'm sure ;-) 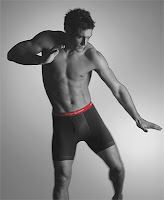