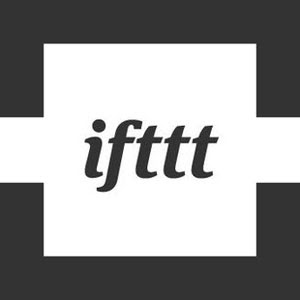 I've been using IFTTT for a couple of months now and I wouldn't be able to manage my blogosphere life without it. The site is very simple and adopts the phrase "IF This Then That' so for example if you post a blog post and you want to send a tweet about it then you create a recipe for that task. There are nearly 50 channels including twitter, facebook, blogger, wordpress, evernote. You can create the 'This' part of the action for example;
So to end your recipe with the 'that' part you would need to action it;
This very recipe was how I came across IFTTT as Facebook buying instagram had me worried that I could at some point lose my photos and wanted them saved somewhere. I now use IFTTT to do several tasks and help me organise myself better. My only criticism is that you can only load one account to each IFTTT account. So if you run two twitter accounts for example, you would need two separate IFTTT accounts. Apparently they will change that in the future but it's one of my favourite time saving internet tools.