Get paid to review music 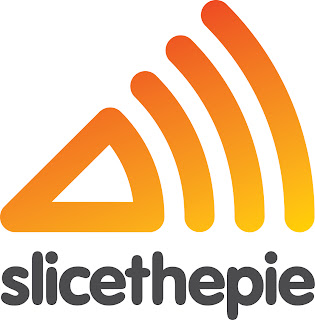 I'm always a bit wary about these sites that reward you for using them. A couple of months ago after saying I was struggling to know what the new music was these days - how old do I sound? Ha! It was suggested that I joined slicethepie as they had new music mixed with music that hasn't really been discovered yet. I could review music and get paid - what was the catch? Well it's never going to make me a millionaire and they are pretty strict.

I started using it about January this year and I don't go on there very regularly but I have probably made about £50. Yep, told you it wasn't going to make me a millionaire! It's pretty easy to sign up and you have some options at the beginning as to your music choices. Be honest here, if you select all the music but you don't like folk music for instance it will show in your reviews and you'll probably get black marked. That's you told.

Reviews are pretty simple but you can't for obvious reasons just write "I loved it" or "I hated it", you have to explain why. How the song made you feel, what you liked and disliked. Basically review what you have heard. Most times songs are paid out at just $0.05 which is pretty low if you're doing this for money. There are special times when this goes up to $0.20 a song and recently I have had a few $0.27 a song. Along the way I have heard a lot of new bands and I've also heard every track from the albums of Rihanna, Tom Jones and Cheryl Cole.

It's a mix and there will be times when you can't write a review and you'll just skip it. New bands love to have some input in their songs and you'll find you start noticing names re-appearing when they release new tracks too. Like I said I don't use it very much at all, the money is obviously an added bonus but I love listening to new music. It's a great site and I've honestly had no problems with it whatsoever.

I have gone on slicethepic.com and made 20.00 so far. it is legit, you build up money slowly. I wish I could find more sites like it to obtain more income.

I have gone on slice the pie. it is a good site. I have made 20.00 reviewing music. I happen to be a writer. I am poet and am good with words in general. so it is easy for me to review.