My Favourite TV Programmes of 2011 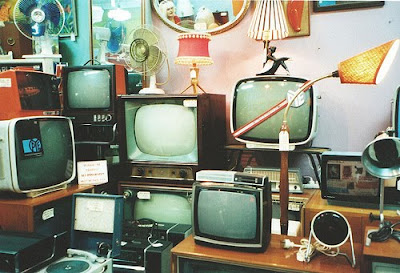 The last of my 2011 round ups and this one is about the TV programmes I've liked. Again I'm back to indecisive ways so I have a Top 5 and then special mentions to others. That's the way I roll :-)

Discovered this thanks to some twitter pals from across the pond. It's really new and I've watched as much as is available online in the past few weeks and I'm hooked. It's a fun comedy featuring a young couple who have a child and all the dynamics that entails. The episodes are way too short which only leads me to want more!

Another series I've been hooked on. Loved the first series and the second series is better in my opinion.

Shown a week and a bit before Christmas this was not cheer me up TV. This was harsh, brutal, emotional, gut wrenching TV. Beautifully written and acted. Big round of applause all round.

Again this was on recently, Charlie Brooker's somewhat controversial look into the modern world. I was hooked on the 3 parts of this mini series, we could all learn a thing or two about ourselves and our day to day "modern" self.

Sorry Manchester United again... does it ease the pain that David Tennant was in it? BBC undertook the story of The Busby Babes. This scene below when Jimmy Murphy (Tennant) looks at the team and imagines seeing those who sadly died in The Munich Air Disaster are lined up behind him gets me EVERY single time.

Downton Abbey - Although the adverts were a big massive pain in the wotsit! :-(
Old favourites such as House, The Mentalist, The Walking Dead and Misfits did not disappoint.
I also got caught into the TOWIE web and also Made In Chelsea. I need saving! HELP ME!!!!

Then my TV highlight of the year. Willie Carson and the crickets on I'm A Celebrity... Get Me Out Of Here

I'm told no crickets were harmed in the above clip.

Sherlock - The best Sherlock Holmes series is back on New Years Day :-)
Endeavour - The prequel to Inspector Morse is a one off but has already been pretty much scheduled that a series will follow.
Titanic - ITV take on that big ship that still hits an iceberg :-(
The Voice - Can the BBC really make a successful singing competition that really does sink The X Factor?
The Killing - BBC4 will have the third season of this hit programme.
There will be more Big Bang Theory (bazinga!), The Good Wife, Blue Bloods, Greys Anatomy, Desperate Housewives, Family Guy, One Tree Hill and Gossip Girl.

What were your highlights of 2011? What are you looking forward to seeing in 2012?