My Favourite Sporting Moments of 2011 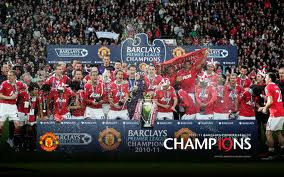 For my next look back at 2011 we head into sport so the top picture is pretty obvious right? Haha. ;-) But there were other noteworthy sporting moments of the year too.

So yes firstly in May Manchester United won their 19th title and knocked Liverpool off their perch ;-) It feels like ages ago now though so roll on May when hopefully Number 20 will be ours.

It's also hard to believe this was 2011 as England won The Ashes in emphatic style back in early January. Sadly The World Cup performance was not at all like this performance at all. :-( 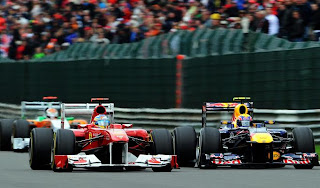 I hate it when I can't find a video that I want! FFS! Anyway F1 and THAT overtake. Yes when Webber swept past Alonso I could hear every viewer take a deep intake of breath wondering "what are you doing?" and then the resulting "Oh wow!". Great driving. Great to watch! Even if my blood pressure probably won't agree ;-)

Djokovic winning the singles final of Wimbledon, his 48th victory in 49 matches. Was great to watch two of the greatest tennis players of our time play against each other.

So New Zealand finally won the Rugby World Cup as the above video foretold. I enjoyed watching Wales, didn't really enjoy watching England though... they seemed to be in the news for NOT playing rugby :-(

Football again, sorry! 2011 also saw the 25th anniversary of Sir Alex Ferguson's time at Manchester United. So amazing and he had a stand named after him too, super!

Obviously next year is the year of The Olympics and I really hope next year I can fill this Sport update with gold medals and all that jazz. Another sporting year awaits.