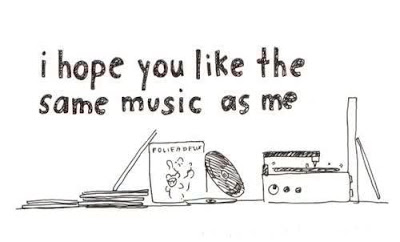 I'm an indecisive soul at the best and worst of times and as you all know now I like a varied style of music. As you will have seen with my extensive list of favourite songs I find it hard to pick a favourite. But it was not hard to pick my favourite album of 2011. Infact it was probably one of the easiest decisions I've made in a long time ;-)

Who would have thought an album about war and matters of the world could have been a huge risk for PJ Harvey and in many aspects it was. She took her time, waited, and then finally took the time to invest her time to a project that has paid off. She never raged through the emotions on the album but she managed to leave us, her audience raging at the state of our country and world. I listened to some of the album through when London was at the mercy of the rioters and it was like she knew something was going to happen if though it was released beforehand. Absolutely enthralling and beautiful.

See sometimes I can just pick one. But only sometimes!