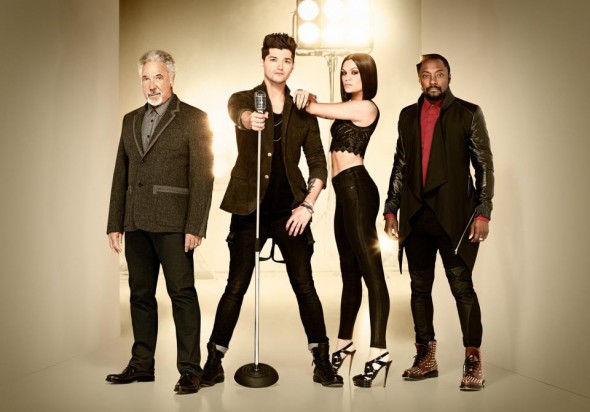 Going by tweets it has a very mixed audience that watch the programme but certainly the people that I followed had voiced (ha!) an opinion but not actually voted. Leah was the overwhelming favourite amongst the tweets I had seen and online polls had her miles ahead. One of her songs had even made it into the music charts already. Call me old fashioned but it was the duets part of the show that left me confused. Only one of them was a duet - Tom Jones and Mike Ward had been a duet. They had sung together as an old fashioned duet. The others were the celebrity featuring the singer, these were not duets. That's not to say that I didn't like each one but Tom Jones had been the only one to stick to the duet rule. Yes, I realise how old I sound.

I watched the final with my family and a couple of my Mum's friends were round and they had been hilarious through the evening. They all voted, I know none of them voted for Leah but I'm not sure who they all voted for although I have my suspicions. Here are some of the things that they said during the night;

"Anything Tom Jones says I immediately stop what I'm doing and listen. He's still ever so handsome"
"I like singing but not all those screechy bits. Keep it simple"
"Never mind Holly's dress I thought Jessie J was naked!"
"I would definitely not to choose to listen to this song out of choice"

When the result was announced Andrea's family were as surprised as everyone else. We were all surprised, it seemed like Leah had got it in the bag. Seemingly that was not the case, votes count and she didn't have enough. Pure and simple. There was a lot of anger afterwards and it had seemed likely that Will.I.Am and Jessie J would not be back for season three, I would say odds are even higher for that now.

A couple of things to point out from this experience would be;

I really need to stop watching crappy TV but I do love it so...

P.S. I voted for Mike. I love a bit of country plus he's from Manchester ;-) See? Everyone votes differently but you actually have to vote for it to count, it always seems that people forget that.