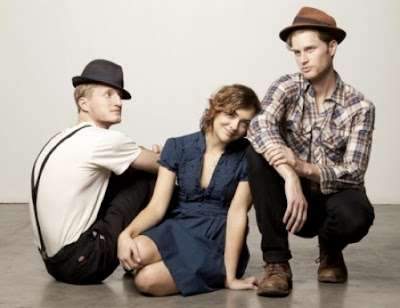 A couple of weeks ago I spotted a conversation on twitter surrounding a few TV programmes that would not be getting another series. Notable outrage ensued over many, some of which I agreed with as I gave up on a few shows after realising I'd get frustrated by their ending. One of the programmes causing an issue became one that was being continued was 'Hart of Dixie'. Apparently this wasn't a good TV programme so of course I started watching it. Typically I am now hooked.

This week's Music Monday comes from The Lumineers, a folk rock group from Colorado. I heard this song on a recent episode of 'Hart of Dixie' and I got it stuck in my head so here you go;