Music Monday: The Killers - Jenny Was A Friend Of Mine 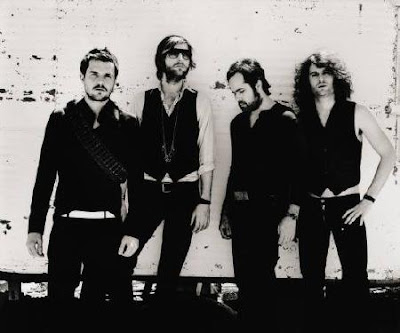 Sorting through more January clean-ups and I got to my iPod, I needed to put on the music I'd been given for Christmas - there was a time I would do this on Christmas Day! Also to have a sort through my playlists, basically have a good old sort out. Hitting the good old shuffle button on my iTunes and I came across this Killers track, like an old friend of mine ;-)

This song is the opening track on their first album Hot Fuss, this album was probably my most played of the last decade, In 2004 I was working in a record store and literally could not move for their CD's around the place. Also the album was played almost constantly but I still remember the first time I heard it. As soon as it had arrived in the stock room it was played, I created jobs for myself that meant I didn't miss out. Jenny Was A Friend Of Mine totally grabbed me from the very start, few albums do that to me but this one did. I needed to hear the next and the next and so on. Already Somebody Told Me and Mr Brightside were favourites but now I was joining in with the hysteria around the band.

It's still a great track and a great opening song for an album. I still love it :-)