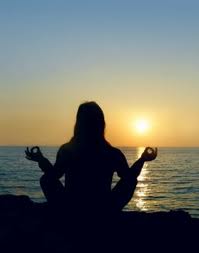 Yes you have read it right and I admit if I'd have known a year ago that my new daily routine would have been meditation I would have firmly told you to shut up and stop being so silly. But now I'm saying I love it. Oh how a year has changed me.
I love my job but it's definitely more stressful than it was a year ago, I've taken on new responsibilites and roles within my job and I'm training for another role too. Madness really. But I love it. I've recently started learning pole dancing for exercise and a bit of fun, I've just about convinced Spurs boy to come to salsa classes with me and I really want to start learning Spanish too. So it's all busy, busy.
I thought about learning meditation early this year but I couldn't do it. I'm terribly impatient and dependent on my mood I will just give up if I can't do it the very first time. Because of that in the past I've stopped doing a lot of things because the first time I tried I failed. Yes it's a stupid quality to have, I know. If I really want to do something then I won't give up and for the next few months I did keep trying to meditate. Each time I was growing more annoyed as I couldn't shut out the outside world and my brain became "busy" as soon as I would try.
Then one day in August it happened. My mind switched off and I was able to concentrate on my breathing and job done. Now every day (ok maybe not every day but when I can) I meditate. I find I'm sleeping better, and yes I am back to having dreams again now. The Inception curse is over for me.
I'm definitely more relaxed and I feel much better in myself. Spurs boy has tried meditation since I've had my success with it, but he's like me that he hates not being able to do it and gives up. I know it's annoying him that he can't do it. I keep reminding him that in time it'll just come to him but for now it's my thing.
It's nice to have a bit of peace and quiet.