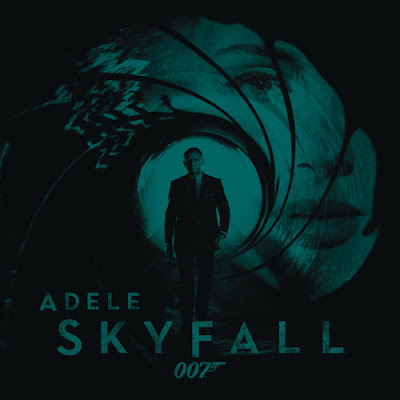 I first heard a small snippet of Adele's Bond theme for the new Daniel Craig film 'Skyfall' and I was unimpressed. Yes I know, how dare I! I love Adele but the snippet just didn't grab me, then I got to listen to it as a whole. Oh this song has levels!

Sure the lyrics mean nothing yet, these will probably make more sense when we see the film. Ignore the lyrics and focus on the music, it's the big band dramatic song that made Bond films much more than just a film. They created identity.

Listen to the beginning and you'll hear it played over the piano before the chorus and you'll also hear it at the end of the chorus. There's Bond in this theme, that tune. The John Barry chord is hauntingly placed in a great tribute to Bond's 50th.

Skyfall will be in cinemas from October 26th.

Sky Movies have a special 007 channel on 303. James Bond movies pretty much all day. Be warned, it's not very productive but I guess it depends what is on your list ;-)