My Favourite Television Programmes of 2012 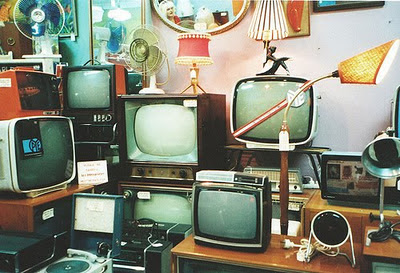 I am not sure I can put together just one simple Top 5 for TV programmes from this year but I will try.

"You are being watched. The government has a secret system: a machine that spies on you every hour of every day. I know because I built it. I designed the machine to detect acts of terror, but it sees everything. Violent crimes involving ordinary people, people like you. Crimes the government considered irrelevant. They wouldn't act, so I decided I would. But I needed a partner, someone with the skills to intervene. Hunted by the authorities, we work in secret. You'll never find us, but victim or perpetrator, if your number's up... we'll find you". - Season one opening voice-over by Mr. Finch

I rarely watch Channel 5 but a rare channel hop and I caught the trailer for the season premiere of Person of Interest. I thought I'd add it to my Sky+ and if it was rubbish I could delete it. It wasn't rubbish, in fact it's pretty great TV.

Season Two hasn't started in the UK yet but ratings wise CBS has said that Person of Interest is the fastest growing drama on TV right now. I love it. It does make me totally paranoid and I want to know more about Finch. The reason I love this programme is that the name that comes out of the machine can be a victim or a perpetrator and there's always a twist, it is never obvious. It's good, intelligent TV - rare these days.

I totally cheated. I've been watching the new season online as it's not over here yet but it's awesome. Absolutely awesome. There's so much interwoven story with good solid court cases that provide good watchable TV.

So why do I watch The Walking Dead? I have no clue other than... I absolutely love it. I wanted them off that farm in Season Two as I had got so bored by it. Then Season Three has just been amazing although mid season breaks are not my friend! Why must I wait weeks and weeks for more. WHY!?!

I didn't think a TV series about a newsroom would have been so enjoyable or interesting. I was totally gripped by the series and it was clear that I wasn't the only one. I can't wait for Season Two.

2012's best programme was tied up by the first few weeks when Sherlock was back on our screens. It's going to be a long wait for more so a nostalgic Sherlock catch up should be high on your priorities for 2013!