Have a little patience... 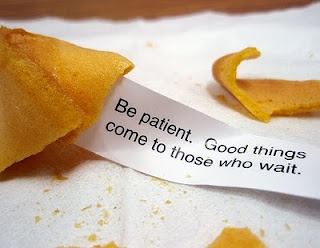 I've always been tech savvy and there are few things that baffle me with computers. Most things that annoy and baffle me are way beyond my control though, sites such as facebook, tumblr and even blogger have become my recent ranting ground.
Facebook last week lost my profile wall, no great loss really as I don't really update it much but it was the principle of it. I went through the help section and then wrote a "contact us email" and then heard nothing. A few days later when I was trying to sign in facebook kept saying I was using the incorrect password *cue swearing*. Then later that day I signed in and my wall was back, never got a reply though but it was fixed.
On Wednesday tumblr decided it wasn't going to let me log in, I wasn't the only one in this occasion it seems it went down for a lot of people. The tumblr twitter kept auto posting good tumblr posts to look at. Then it came back, as if nothing had happened.
A few people have been having problems signing into blogger at the moment and I know a few people are moving to wordpress. My problems with blogger tend to involve the some what erratic rate it will allow me to add photos. I always used to add photos first but now it's the last thing, and this involves several draft saves before it lets me.
The twitter whale annoys me but I rarely use the web version of twitter. When technology fails I always return to my pad and pencil. Who needs the internet? Ok me. But shhh.
You're probably thinking what a moaner, the thing that all this illustrates even more than I knew already is that I have zero patience! I hate it when things are broken and not working and I can't fix them. Not just with computers but with everything.
Stupid I know. One girl vs the world.
I must learn patience.