Dear Santa, can I have my tweets back? 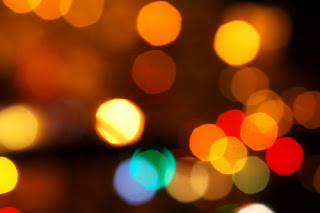 Dear Santa
Now you will know I've been a good girl this year after my good report from work and Spurs boy :-) So apart from the long list of perfumes, clothes and shoes that I want for Christmas I wondered if you could help with the return of my tweets.
I'm a proud self-obsessed tweeter who recently had over 30,000 tweets and now has about 200. Yes. I like to chat, this does not mean that I'm a bad girl; see reports I mentioned earlier :-) I know I was sent out of school on several occasions for chatting and laughing, so you see twitter seems to be sending out to sit in the cold corridor too.
I admit it's not a major problem but I was quite proud of my chatterbox status and even boasted about it. Could that be why? I wrote a blog already about my lack of patience so was hoping that for Christmas they could safely be returned.
Ok I'll give you until the end of the month... if they are not returned I will tell everyone you don't exist (I won't really!)
Thanks Santa!
Sarah
I once spooked my parents by telling them I had seen Santa going down the stairs one Christmas Eve, well I saw a red sleeve on the banister. They knew nothing about it and there were no drugs involved... I still to do this day remember that red sleeve...

And yes I know it's just some tweets BUT they were MY tweets.

UPDATED - My tweets returned before Lunchtime so it seems I really have been a good girl this year... that was never really in doubt though was it? ;-)