My Favourite Music, TV, Films and Sporting Moments of 2013

I always love a good round-up post, if not for you all to read and see what I have enjoyed throughout the year but also for me to look back on year after year. I have decided to my Top 3 in each category, so Music will be both singles and albums and then there is TV, Film and Sporting Moments.


Probably the song of most people's year. It's a little earworm, be warned!

New Kids On The Block - Remix (I like the)


Another earworm. This also became my own signature tune... it always makes me feel happy when I hear it, motivates me when I'm exercising and generally makes me dance around like a loon.


All of my Top 3 are total earworms. This is another. As expected!

Only came out in September but is my most played album on iTunes for the whole year!

I really love this album. It's one of my favourite choices for a lazy Sunday morning.

Because I love them. That's why.

2013 will always be the year for Breaking Bad for me and for a lot of people. The show came to an end this year which is why it will be in many Top of 2013 lists but I also caught up with the entire show in 2013. I watch too much TV as it is and when everyone was raving about the final series I decided I really needed to catch up. So I did. If you haven't seen it then like everyone else will tell you - you must see it!

Having read the books I knew that the Red Wedding episode would be the most talked about TV moment of the year - it was! Even though I was prepared for what was to happen, I still needed about half a box of tissues (no exaggeration) and the series as a whole is still one that I long to see back on my TV screen.

These four programmes would sum up 2013 for me. Getting addicted to Breaking Bad, crying through expected scenes in Game of Thrones and then enjoying the action in both Arrow and The Walking Dead.


The Place Beyond the Pines

That pass from Rooney.

That last goal from RVP.

I still remember this was our moment, we won the title in this game. We were better than every other team in the League. We had bought van Persie and he had rewarded us with some beautiful moments through the 2012-13 season. No matter if that final goal had won us nothing, I will never tire of watching it. Beautiful!

The man who to me WAS Manchester United. He was all I knew. He was our manager for 26 years and with title 20 won, the news we knew would come eventually, came.

There are many photos from his last game at Old Trafford and our last ever away game at West Brom but it is this image that always makes me cry. Walking away from the camera and away from the pitch... 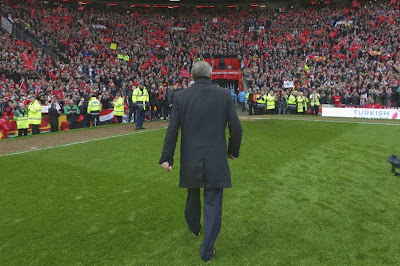 I always want him to turn back around and come back! 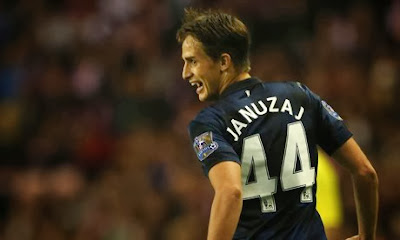 He had been promoted to the first team under Sir Alex in the 2012/13 season but it was David Moyes that gave him his first competitive debut in the Community Shield in August when he replaced van Persie. A Premier League debut came against Wigan a month later. It was the game against Sunderland when we were losing that it was his time, he scored two goals and took United from a losing position to a winning one at the age of 18!

Adnan Januzaj is one of the greatest moments for me because I loved watching him in the reserves and to see him finally 'make it' makes me beam with pride. He's what United is all about, pure class.

Those are my highlights of 2013