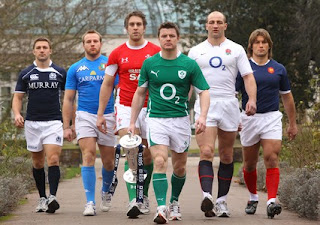 Yep it's time again, 6 nations rugby... excuse me whilst I just re-organise my life around it :-) This year it seems intensified as the 2011 World Cup just months away. Although this means football, cricket and rugby will all collide at some point for the next two months.
The 6 nations fixtures are;
All UK times - Add 1 hour for France and Italy

Also there's a iPhone app to follow all the news, fixtures, results etc BUT it's still saying Coming Soon *taps foot* with the first match tonight I think someone needs to be working faster! :-)