Me the Grouchy eBay Seller 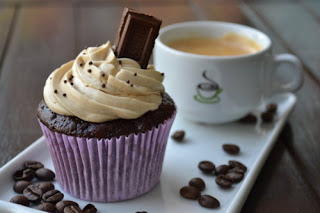 After a massive clearout of clothes, shoes and the like I decided to list a few bits onto eBay. I'd stopped really selling stuff on a constant basis a while ago and had been more of a buyer than seller recently. A few changes to the selling forms had changed but nothing major. But eBay has changed, the site and the community that use it.
There seems to be very little protection for sellers. You're unable to leave negative feedback to a seller who deserves the negative feedback is the main part. I received a negative comment on my account after someone contacted me at 11am and as I hadn't replied by 5pm I received a red negative. You can ask them to remove it or reply to it but mostly I found myself thinking "why am I bothering?" I should add they contacted me to ask why their item hadn't arrived yet but they hadn't paid!!!! See no protection grrr!
As soon as my listings were ending I was getting messages from my buyers begging me to give them positive feedback. When I used to sell more I had it set up automatically but I found that a bit rude. Now I was getting messages after messages saying "Hey, still waiting for feedback". Feedback is important but as a buyer shouldn't you give feedback once you've got the items so you can judge the whole experience? Or am I wrong with that too? I still obviously gave feedback to them.
Then eBay keep contacting me to ask for feedback, I wondered if I was the only one finding eBay annoying as a seller. But I love, love, love buying stuff from the site.
Am I being a grouchy seller? Or just a grouch in general?
I need coffee and cake. Nom. That'll see me right. Oh and my new addiction is those chocolate coffee beans... double nom! :-)
Photo credit from here

The eBay for iPhone app allows you to tap into the world's largest marketplace. silver necklace